WeatherBeater Series - often referred to as floor mats. WeatherBeater Floor Liners are engineered to fit the complex contours of your vehicle's carpeted floor boards, trunks, and cargo areas. The Husky Floor Liners form-fit design and raised containment walls will help keep your carpet clean even in the worst weather conditions. Fluid containment ribs and treads channel messes away from your shoes. This unique design keeps mud, snow, water and debris off your vehicle's expensive, hard to clean carpet. Husky WeatherBeater Floor Liners incorporate key elements from your vehicle's interior, giving your Floor Liner a customized look and feel. The patented "form-fit edge" at the door thresholds contain debris and allow for easy vehicle entry and exit. Husky WeatherBeater Floor Liners are easy to clean and built to last with a lifetime warranty against cracking and breaking. The patented rubberized material withstands most harmful chemicals including oil, gas, and battery acid. To help prevent your liners from shifting, most front and rear seat Floor Liners are designed with patented "SPiN" (Sta-Put Nibs) technology. The anti-shift nibs on the back of the liner grip the carpet and helps hold your liner in place without the use of additional fasteners. Proudly engineered and manufactured in the USA. It offers applications for most of today's popular cars, crossovers, sport utilities, and trucks.

Write Review
Kat9
I like the cargo cover very much. It arrived on time. The packaging was probably more than it needed. It works and covers the cargo area completely. I followed the directions that came with it, and it flattened out. It does slide around a bit. A flat spot for a piece of hook Velcro (for those of us who would be willing to use it) would help. Dogs need a blanket or something to lie on because the ribbing (which catches liquids and dirt well) cannot be comfortable! I would have given it 4 stars because of the slippage (from the other reviews, I knew ahead of time that would be an issue), but did give 5 because it does everything described.
Kingwood Girl
They advertise a laser precise contoured fit. Mine isn't. It fits, but not like I'd hoped. There are rumples and places that it doesn't fit as well. I had to get in the car and really pull and squish it to fit as best as I could get it. Also, it comes rolled up, so it won't lay flat. I'm hoping that with time and the natural heat, it will lay flatter. The edges are a little curled because of being rolled up. Overall, it's "okay" and does the job. I'm not returning it, but I wouldn't buy them again. :(
DR. D
I bought these for my last car, and with the new one could not wait to get them. They hold up to lots of wear. They are custom fit to your vehicle, and they are worth every penny. They keep the vehicle so much cleaner. I leased my last car ( first time and last time I'll lease - I'd rather have the asset ) and the dealer was really impressed by how new my floors looked! The cargo mat .stood up to golf clubs, fishing gear, mud, snow, wet and lots of cargo. I bet I could sell them as almost new. 3 yrs on that mat.
C. Conway
Fits 2016 Rav 4 rear cargo area perfectly. Came rolled up in the box, unroll it in the cargo area and place some heavy books at the corner areas. We left the books on for a couple days with the windows up so the interior would heat up and cause the liner to lay flat. Another note, the liner is kind of non-slip, what I mean is that stuff does not go sliding all over the place unless you do some fast cornering.
wheresmyangels
I read reviews before I ordered and was not happy when this arrived as it did not fit my 2014 RAV4 like it was custom made. the side that runs against the back of my seats is not curved correctly. It also doesn't lay flat enough toward the back of hatch. It is not worth the cost. I kept it only because I was too lazy to send it back. I will say that I was extremely pleased with my Husky custom Floor mats. They fit correctly.
Dave
If you have a cargo space (like in a hatchback) and you don't have any liner, make this your first purchase. The fit is dead on. It comes rolled up so lay it flat for a bit or put in in the sun for it to relax into the proper flattened shape. Otherwise, just throw it in your car and put stuff on it, like you're supposed to, in a day or two it will be perfect. I have Husky's in three cars. Highly recommended.
Khonemany Saengdara
I bought a husky brand for the entire car lining. The trunk space liner is the most flimsy and cheap looking item. the front and rear liners had a thick and sturdy appearance; while the back liner looked thin and made of poor quality material. I would not recommend the trunk liners by husky again.
KATIE J.
Somewhat disappointed, as I expected the cargo mat to be of the same material as the WeatherBeater floor mats (which are awesome!!). This product is a much less firm (more pliable and bendable) mat that comes rolled up in a long box. Upon unrolling mine, I noticed that the mat had some kinks and bends along the edge that sits by the back seat, also the edges along the sides stay 'curled up' . According to the packaged directions, you should put a book or other object along the sides and the mat will 'relax' and lay flat. Day 2 and mine has not flattened out and the kinks are still visible along the rear seat edge. I guess I was expecting the same quality and material that Husky put into their WeatherBeater floor mats, especially for the price. I will give it a couple more days to see if it flattens out, if not I will return it and try the OEM, as another post did, or maybe try the Weathertech version. Cmon, Husky, you can do better than this!!! 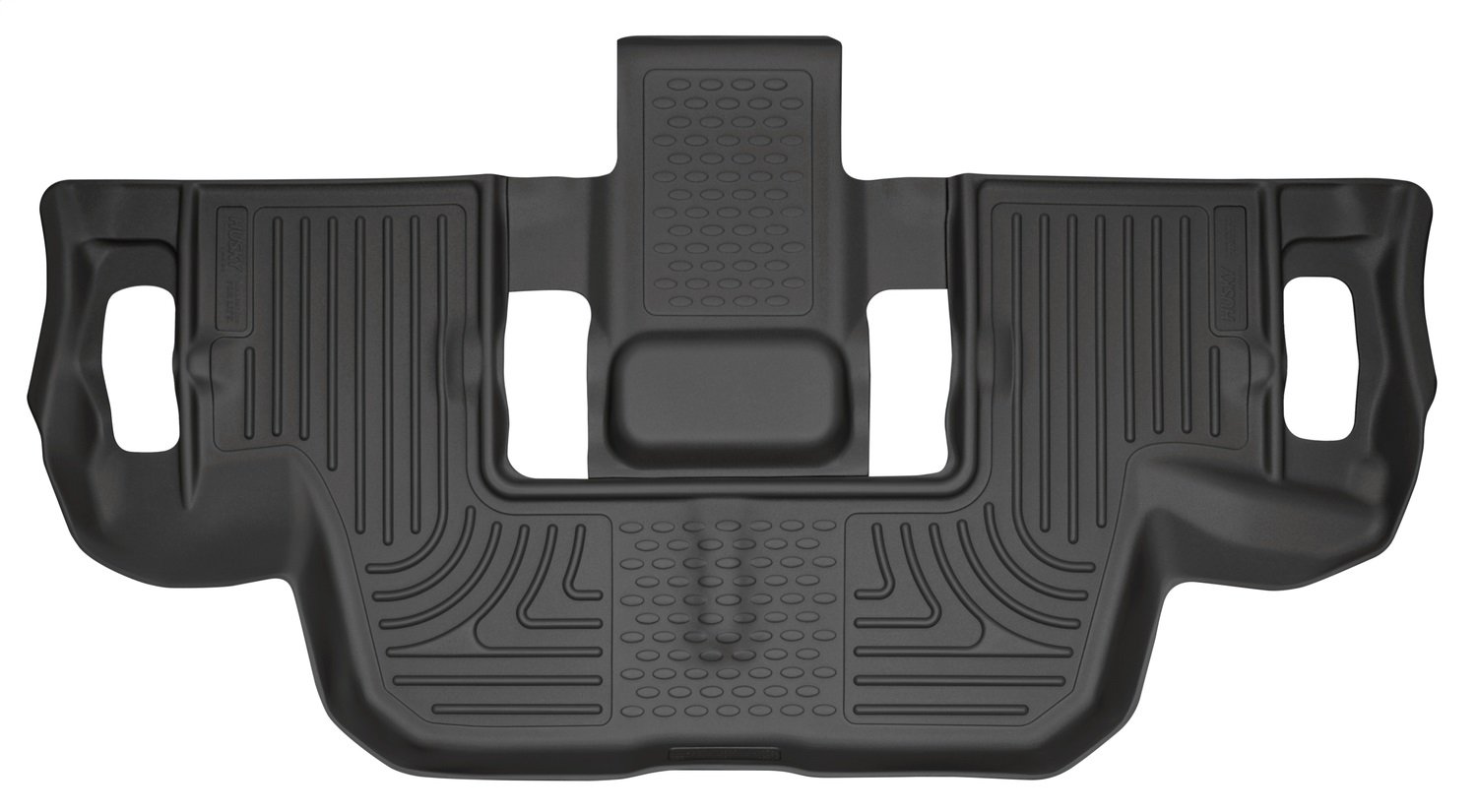 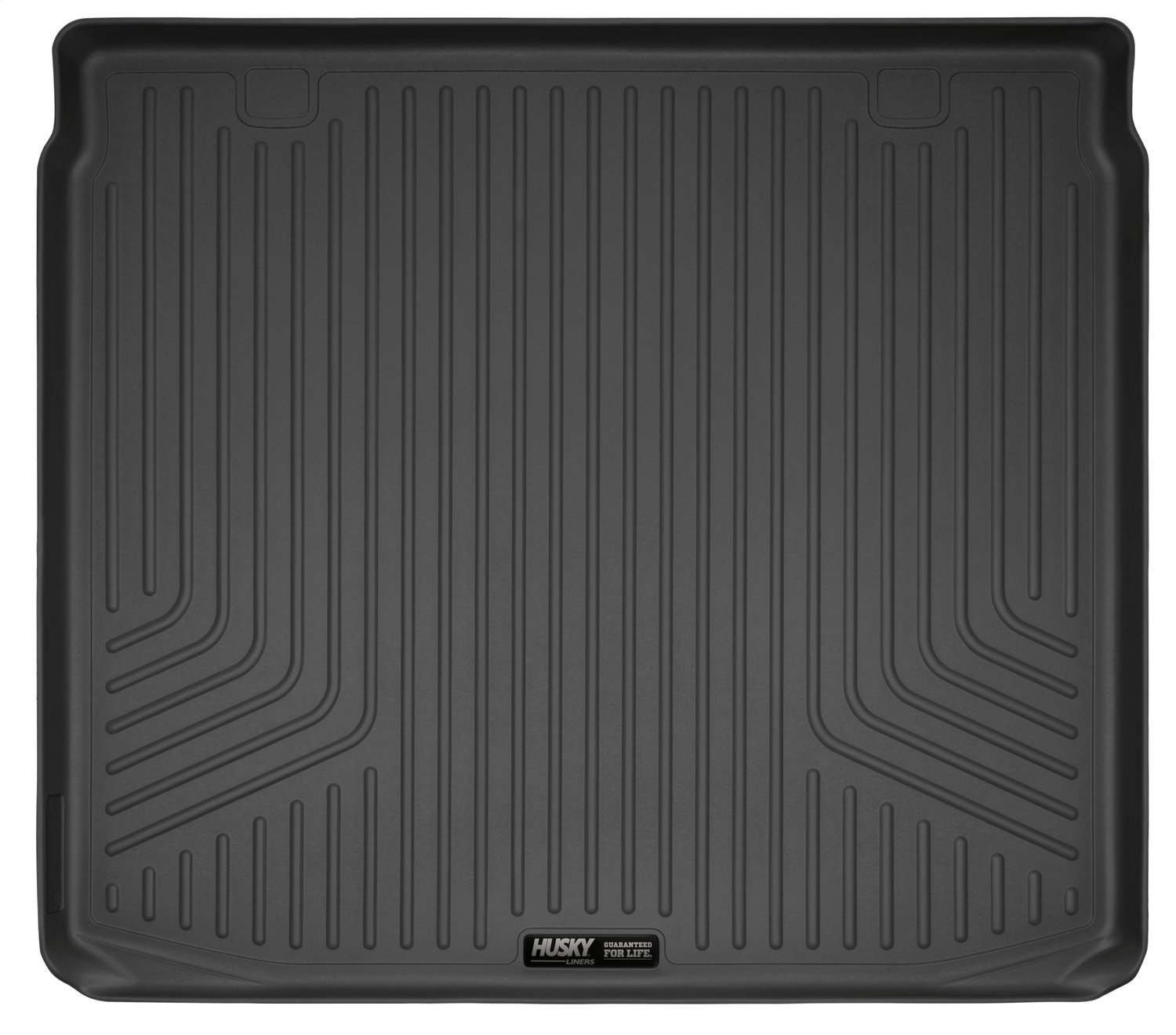 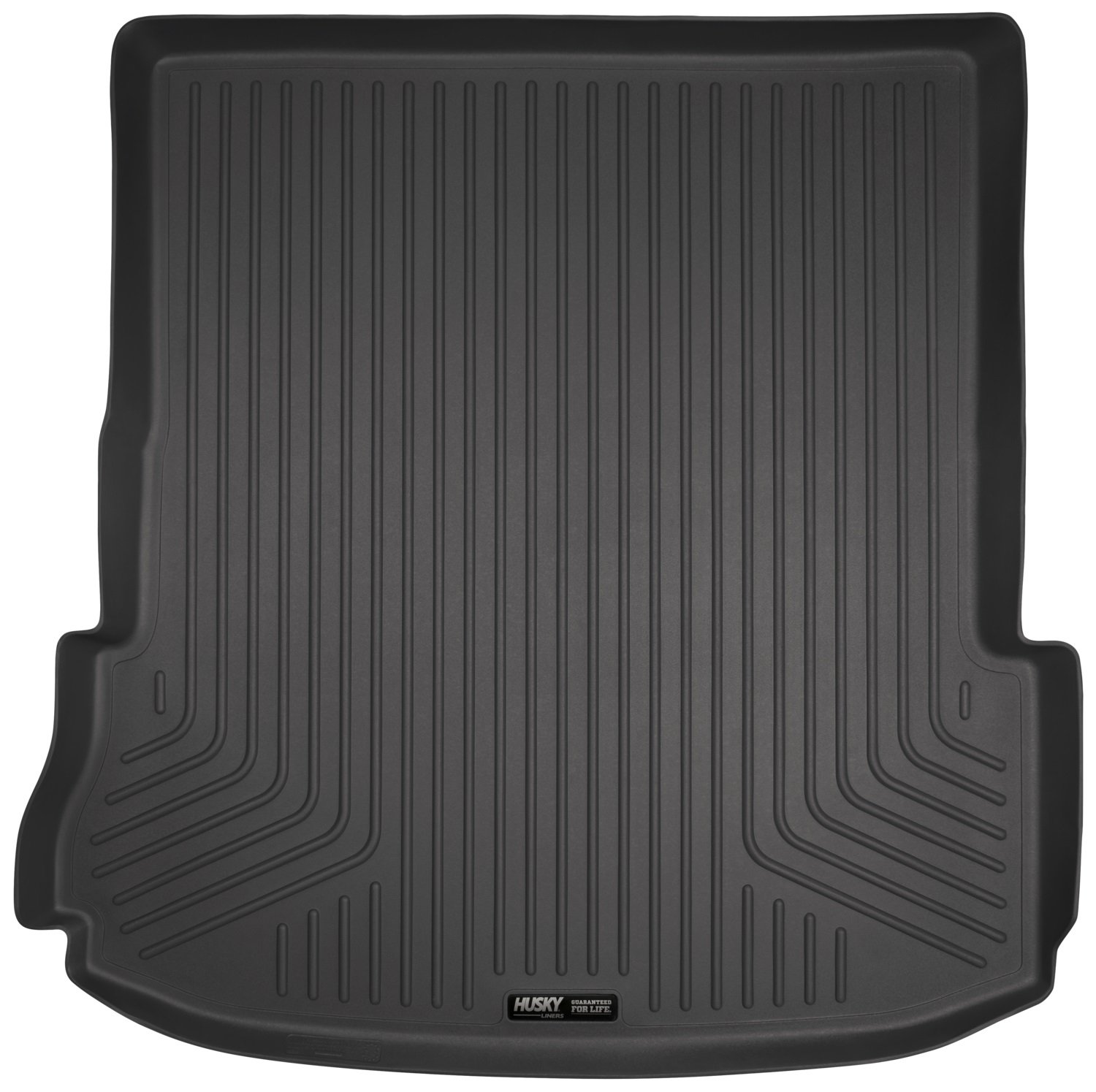 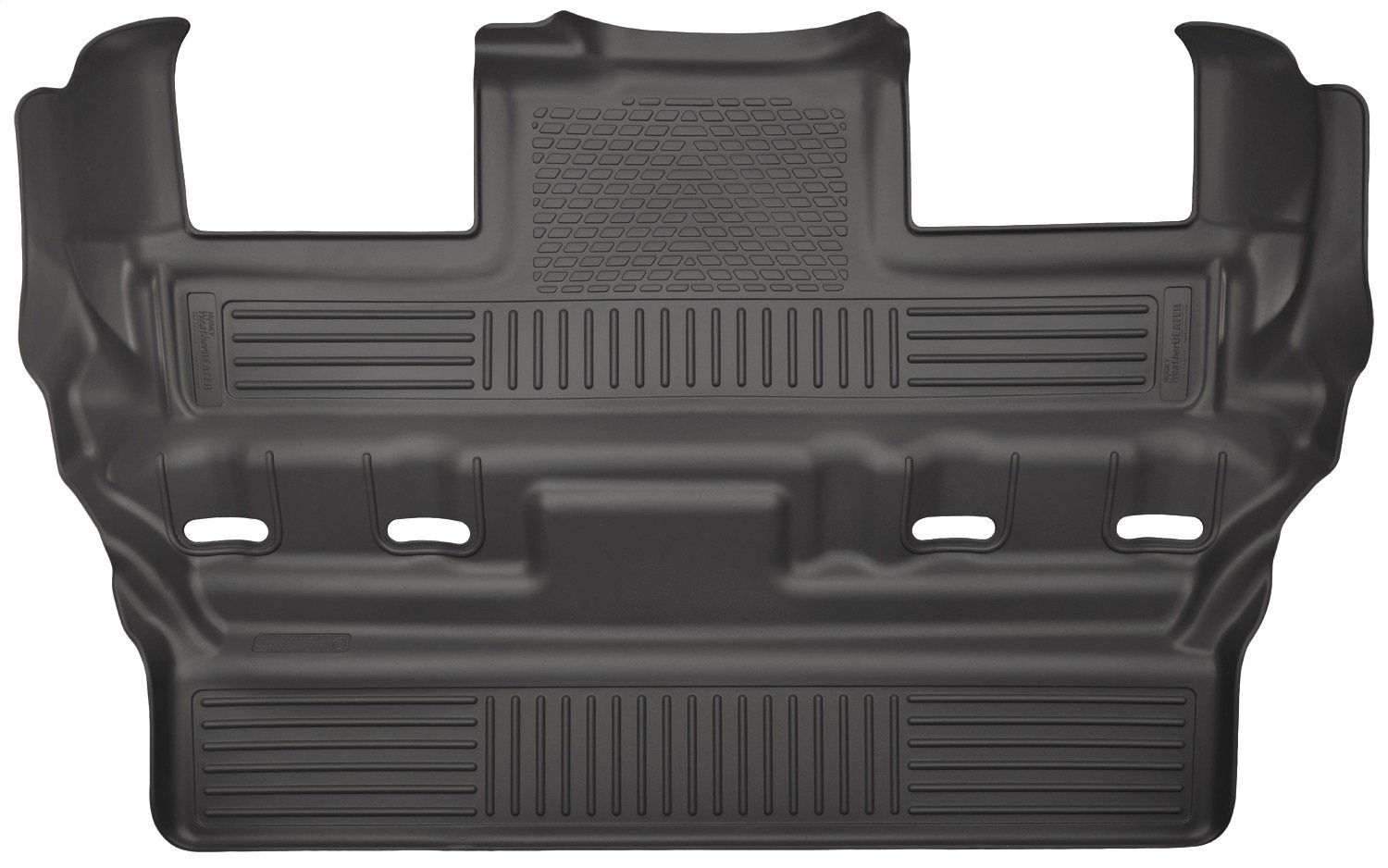 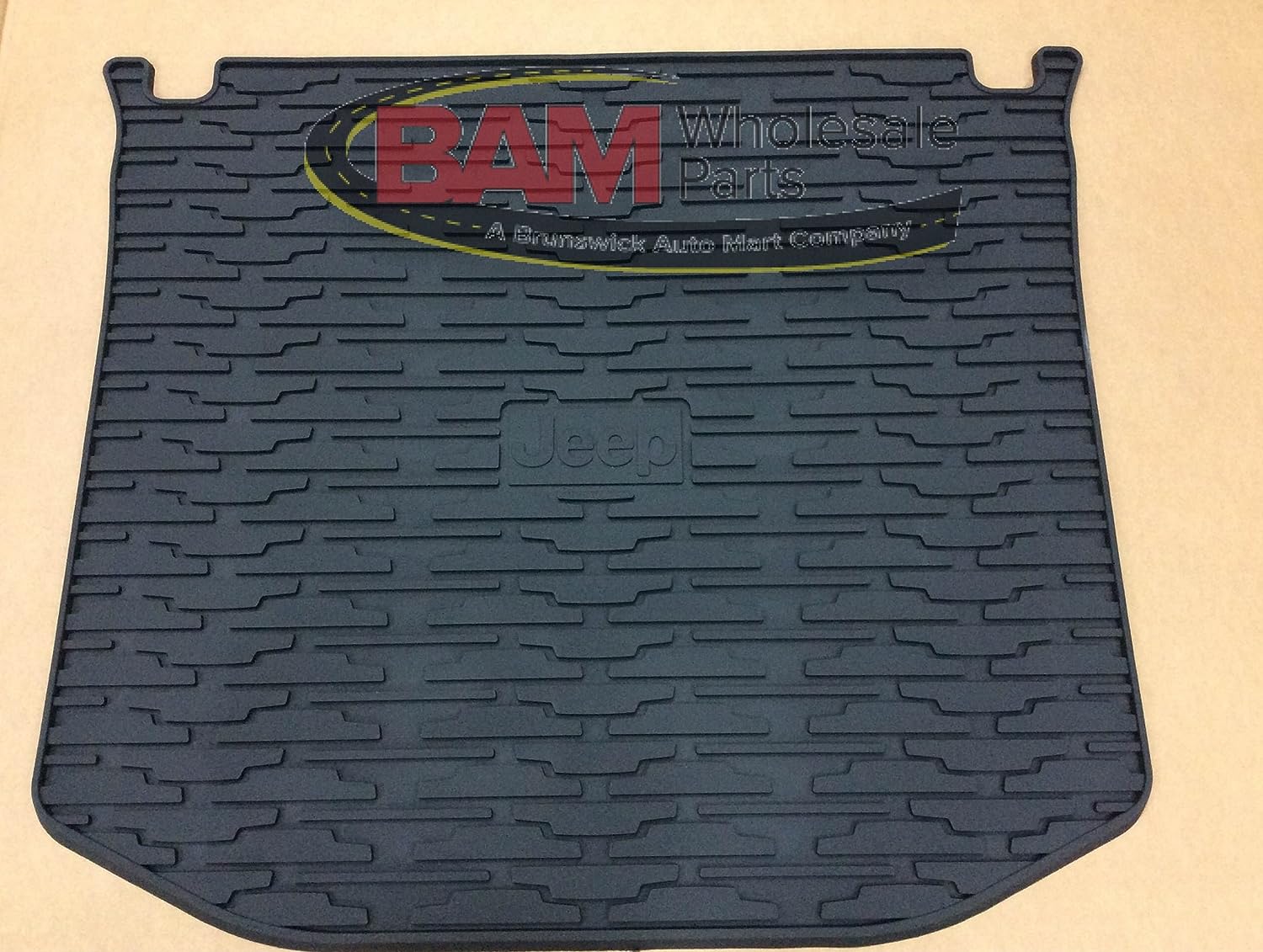 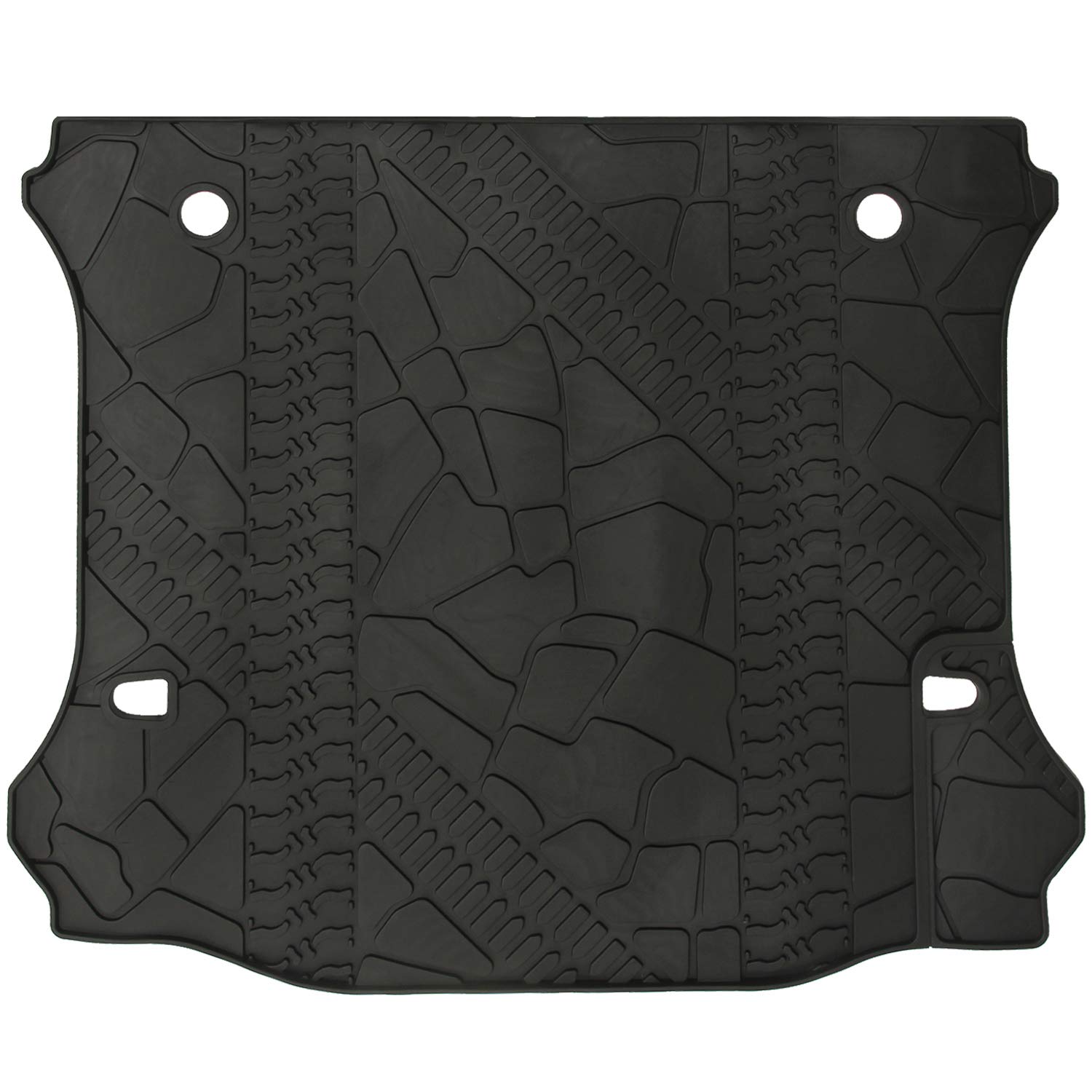 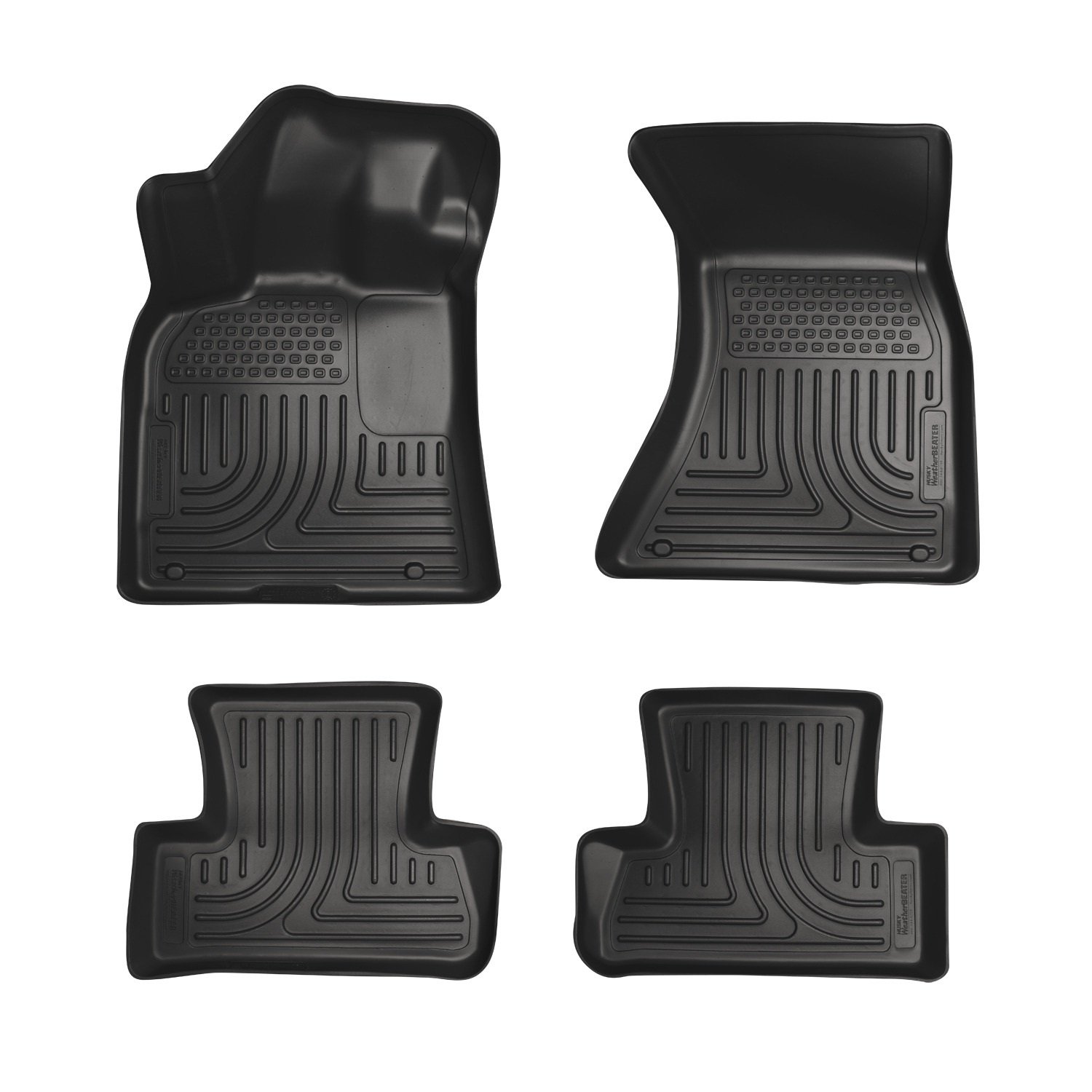 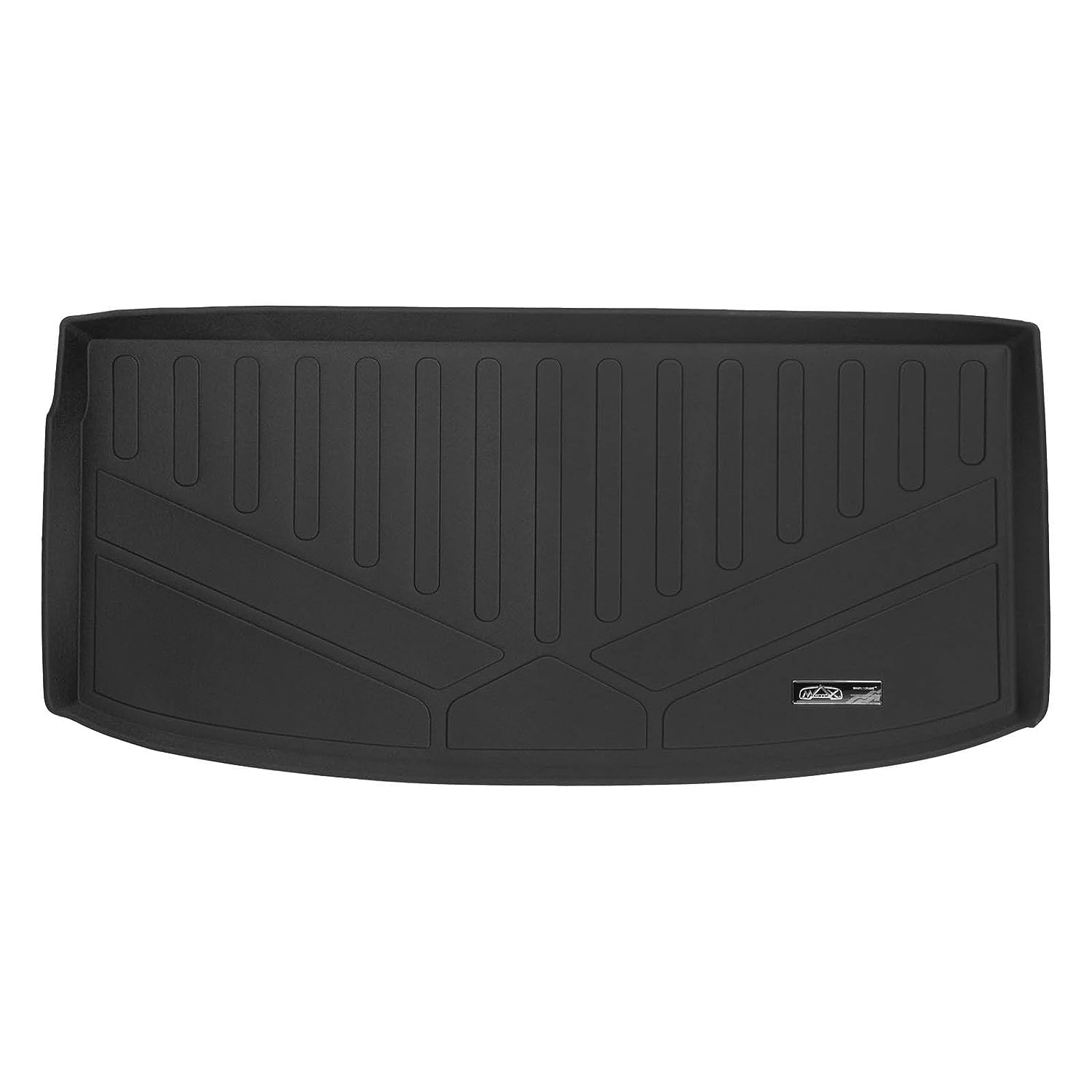 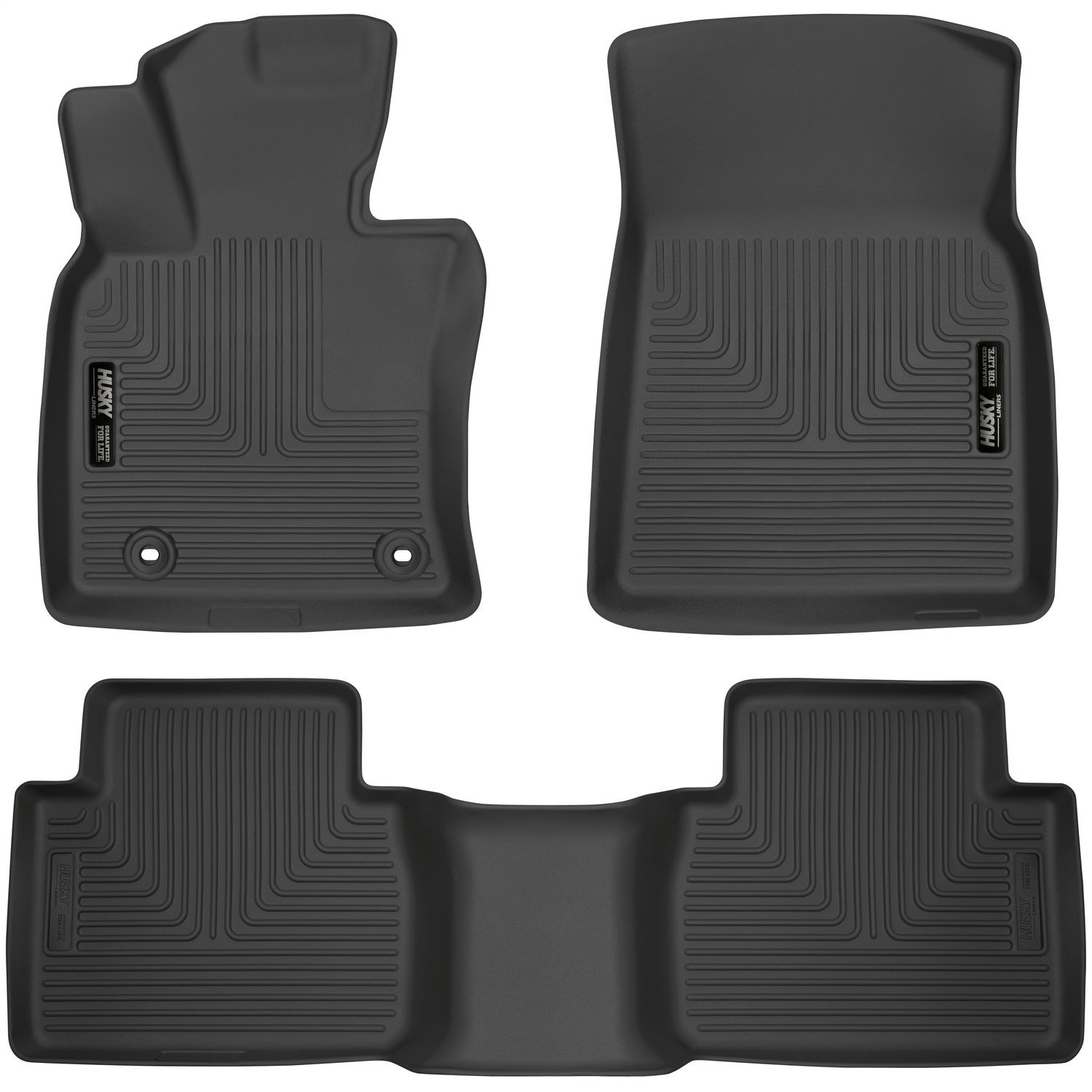 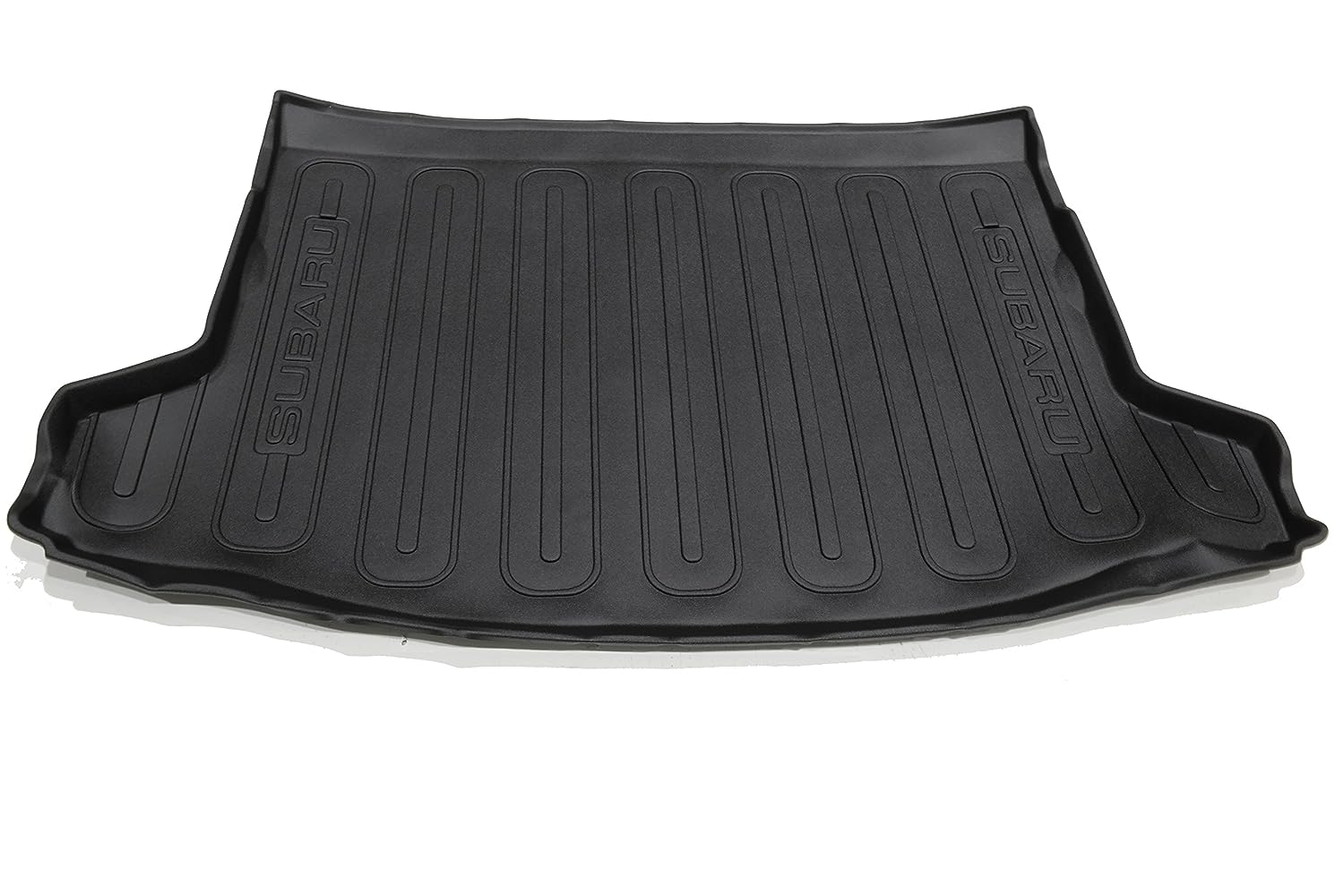