Slim and Smooth Finish
Featuring a durable, ultra-slim battery casing that provides lasting power and protection for the Galaxy S7 edge. Feaures corner, screen and frame protection.
Power that Lasts
Equipped with a 5000mAh rechargeable battery capacity that provides over 100% power for the Samsung S7 Edge.

Box Content
1 x Galaxy S7 edge Battery Case
1 x microUSB Charging Cable
1 x Headphone Extension Adaptor
1 x User Manual
Note: the case is capable of passing through Quick Charge to the phone when you used QC 2.0 compatible wall charger. The case by itself will only charge at a maximum rate of 1.6A and will charge the phone up to 1.6A rate.

Write Review
Ilyse H.
It mostly works and does what is says, just not in the way you'd want it to. It's disappointing several ways:

- The case is not good in a fall. The hinge that closes the case comes open in any significant contact, leaving the phone totally exposed for follow-on bounces on a hard surface. My phone cracked this way.
- The case is almost frictionless. When you sit down, it basically tries to jump out of your pocket, especially if you're wearing slacks or suit pants.
- The battery recharge seems to work in a very odd way, letting the phone battery run down partially and then recharging it. Maybe I'm reading it wrong, but external batteries I've used before run the external battery all the way down first and then use the phone's battery, which makes it easier to tell how much juice is left.

I have a broken phone and a different case on the way. Wish I hadn't gone this way first.


travisbe
This is a nice case. It's a little tough to unplug, but I don't know how they'd improve that. It's not exactly a case to use all the time, as it's heavy. But it is nice on days where I'll be out all day and know my phone will need a recharge.

Updated June 2017. After 6 months the sliding mechanism no longer closes properly and always slides open when I pull the phone from my pocket. The charging port is strong enough to hold the phone in place and the battery still provides a little more than a full charge.

muzac dee
Powers very quickly and has saved my cell life through many airports. It is somewhat bulky and a screen protector does not really fit very well or stay in place but I am very careful with my phones and in 20 years, I have only ever broken one, so it's OK. This is a must have and I recommended this to all my friends/fam.
David Hernandez
I had this case for a year now, the pass through charging works but it is pretty slow, if the case is completely dead I end up charging the case and phone seperatly as it is faster. The case is not as slim as it looks in the picture but I can live with it. I only have one major problem with this case. I saw it said that the case was quick charge compatible. This statement may be false, I tried to charge my case and phone this way at the same time and it shorted out my QR charger. I had to replace it, tested it by taking my phone out of my case and placing it on the charger, after confirming that it works I placed my phone back in the case and placed it on the charger. It shorted it out again.
Kentucky J.C.
It's like a spare, larger battery. Phone makers are leaving power users behind without that feature, among others. They also make a armband that fits this, clear front, velcro wrap. I dropped this phone 3 times on concrete floors at work, chest height, and didn't have a scratch. Before I bought a case, I broke my phone dropping it 3 ft onto concrete. insurance. this is cheaper than the deductible. by far.
Tiffany
The electronics are good but the actual merchandise is not. Mine has cracked and lost some of the plastic, and now the top keeps popping off. And the button you push to charge feels loose. I love the idea of a case that charges, and with pass through charge, but the actual case is garbage.

Edit: I successfully exchanged this with the company and the new unit is much better. The button is no longer loose, which makes me think the original item was mishandled by amazon. I'll see if I have any issues with the replacement over time.

Jason F.
Works well so far. The case itself is a bit bulky (as to be expected from any battery case). The top just slides up a little in order to insert the phone inside, however, it doesn't leave a lot of wiggle room to plug the phone into the micro USB port at the bottom. I'd prefer if the top could come off completely. Lastly, charging the phone in the case at night can be a bit annoying. Every time my phone reaches a full charge or when it starts charging again, it makes a ding sound. Therefore, my phone will constantly ding whenever I charge the phone while it's in the case.

Small suggestion: It would be great if the power button was located on the bottom front of the case instead of the rear. It would make it a little more convenient.

Magiccar
Lifetime hassle-free warranty by Trianium offers extra peace-of-mind protection for your Galaxy S7 Edge Battery Case.This statement is NOT true.It is a HUGE hassle trying to get a defective unit replaced. 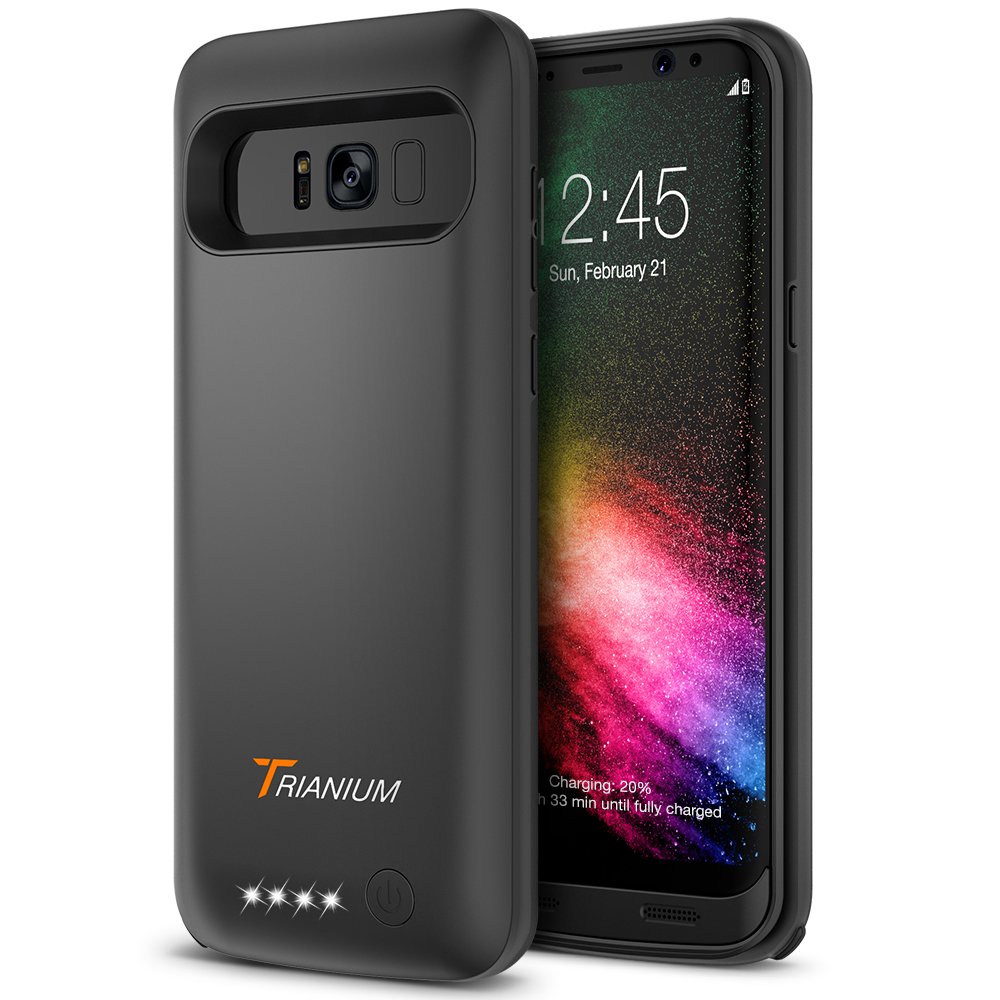 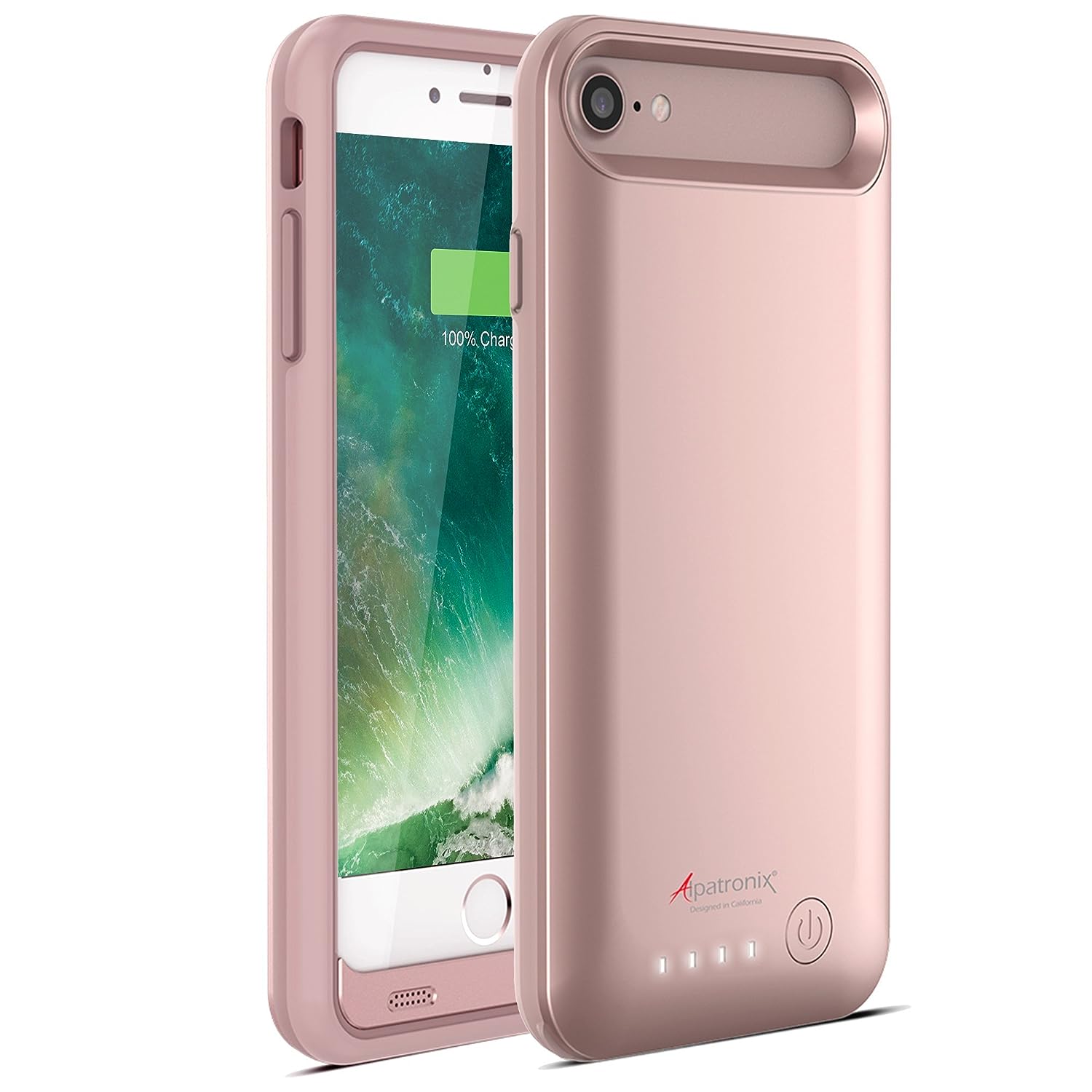 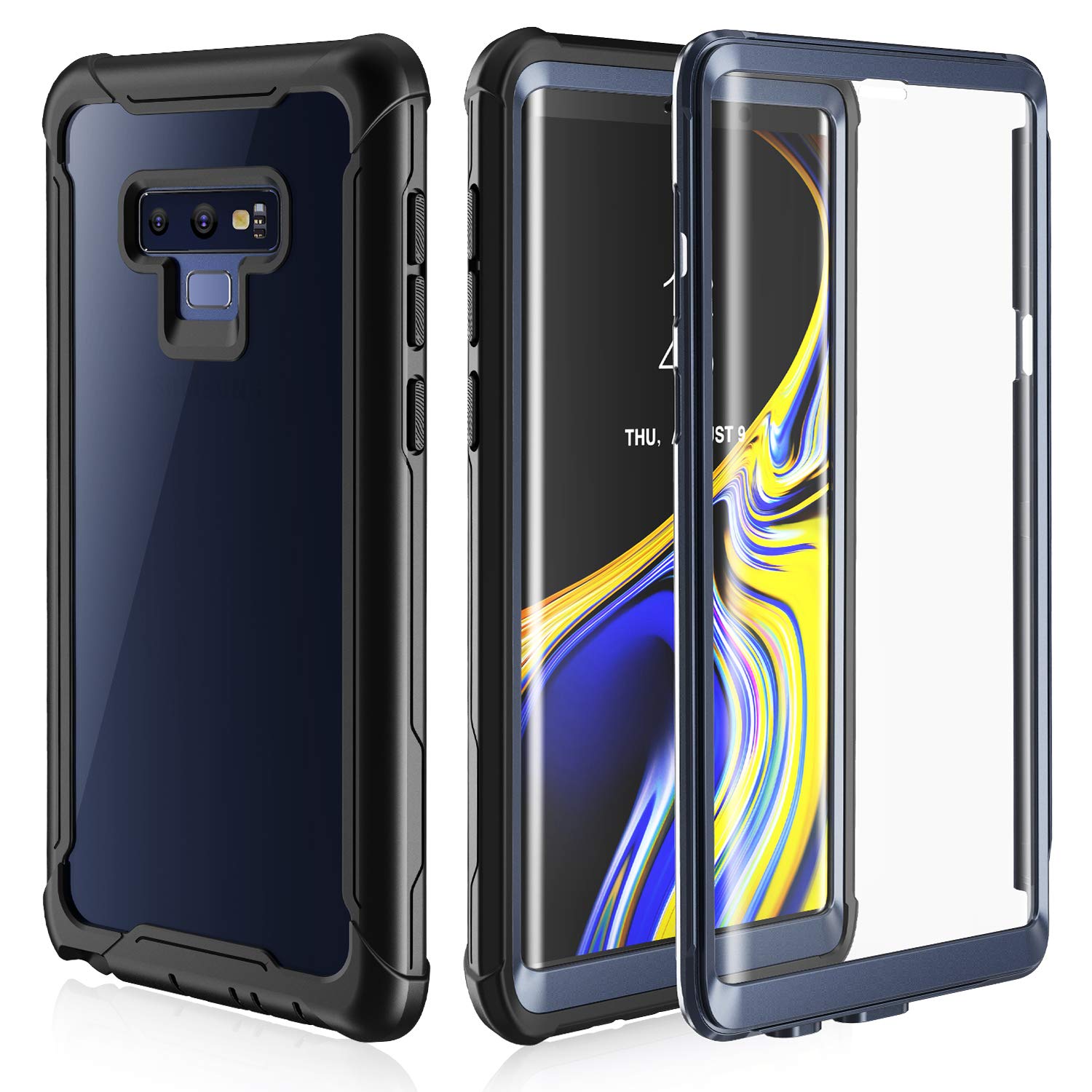 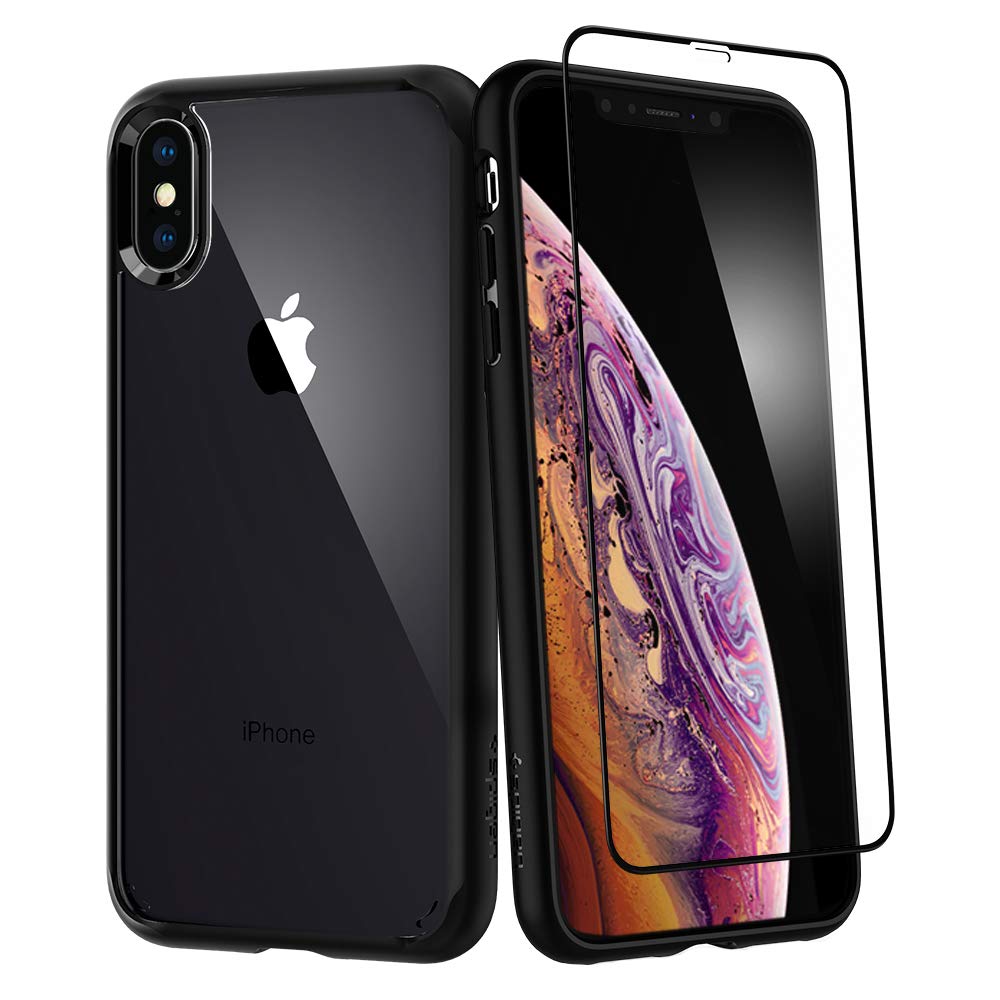 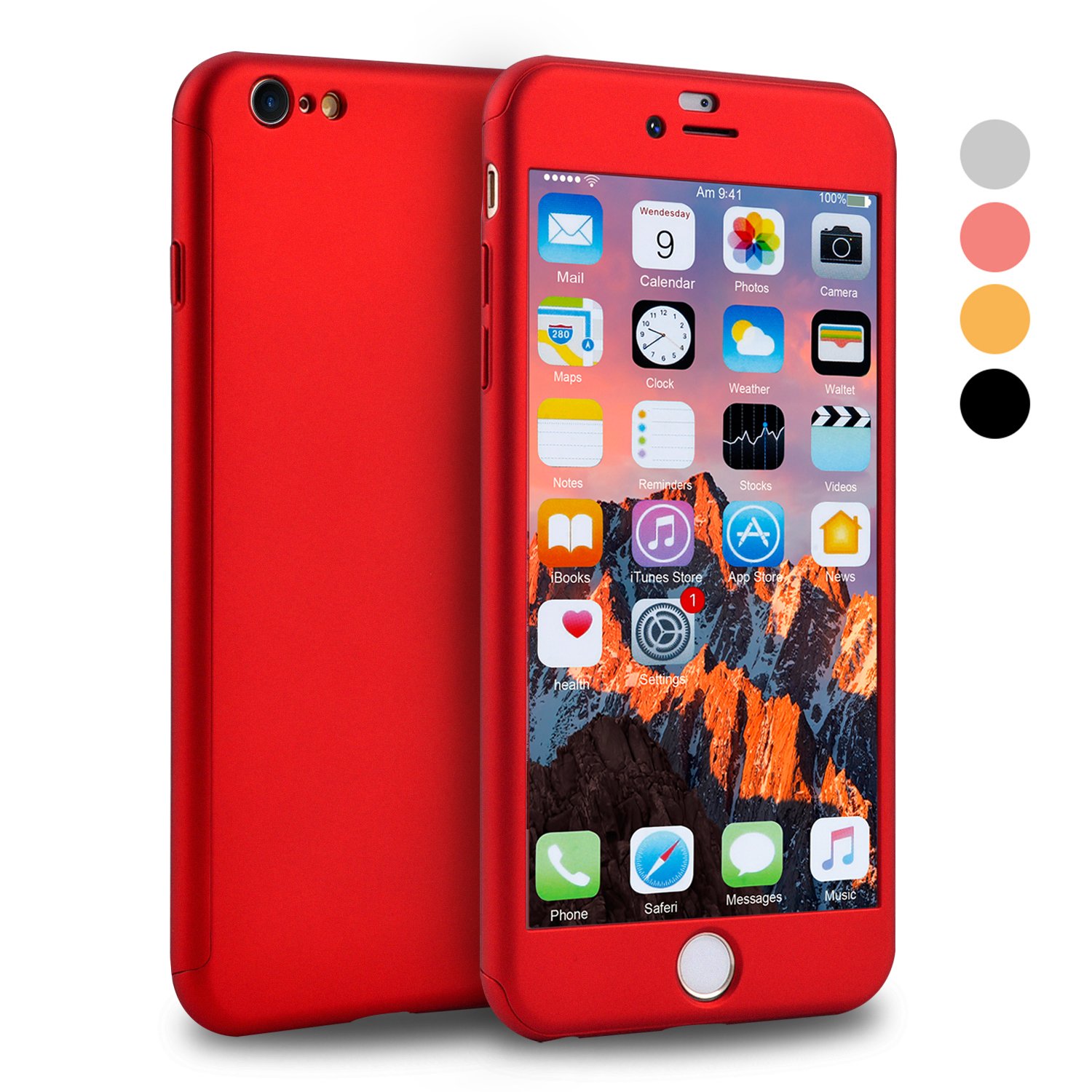 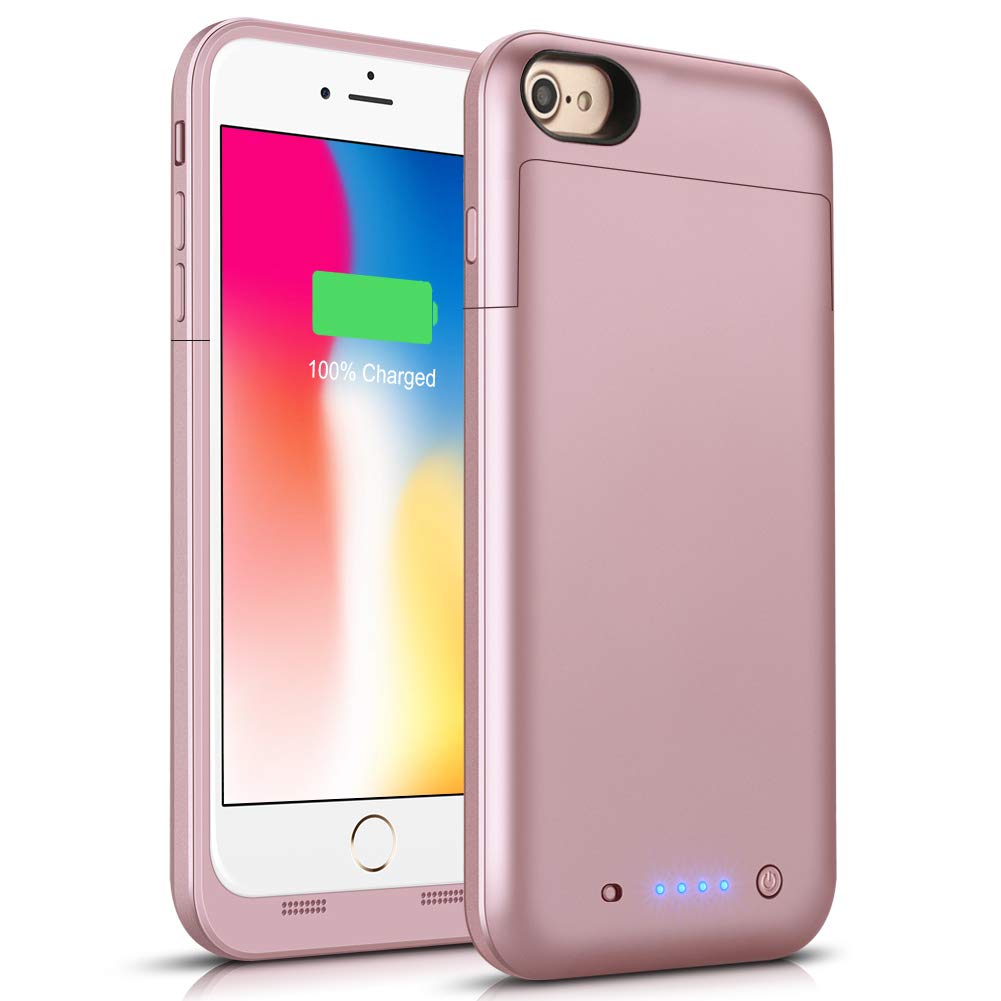 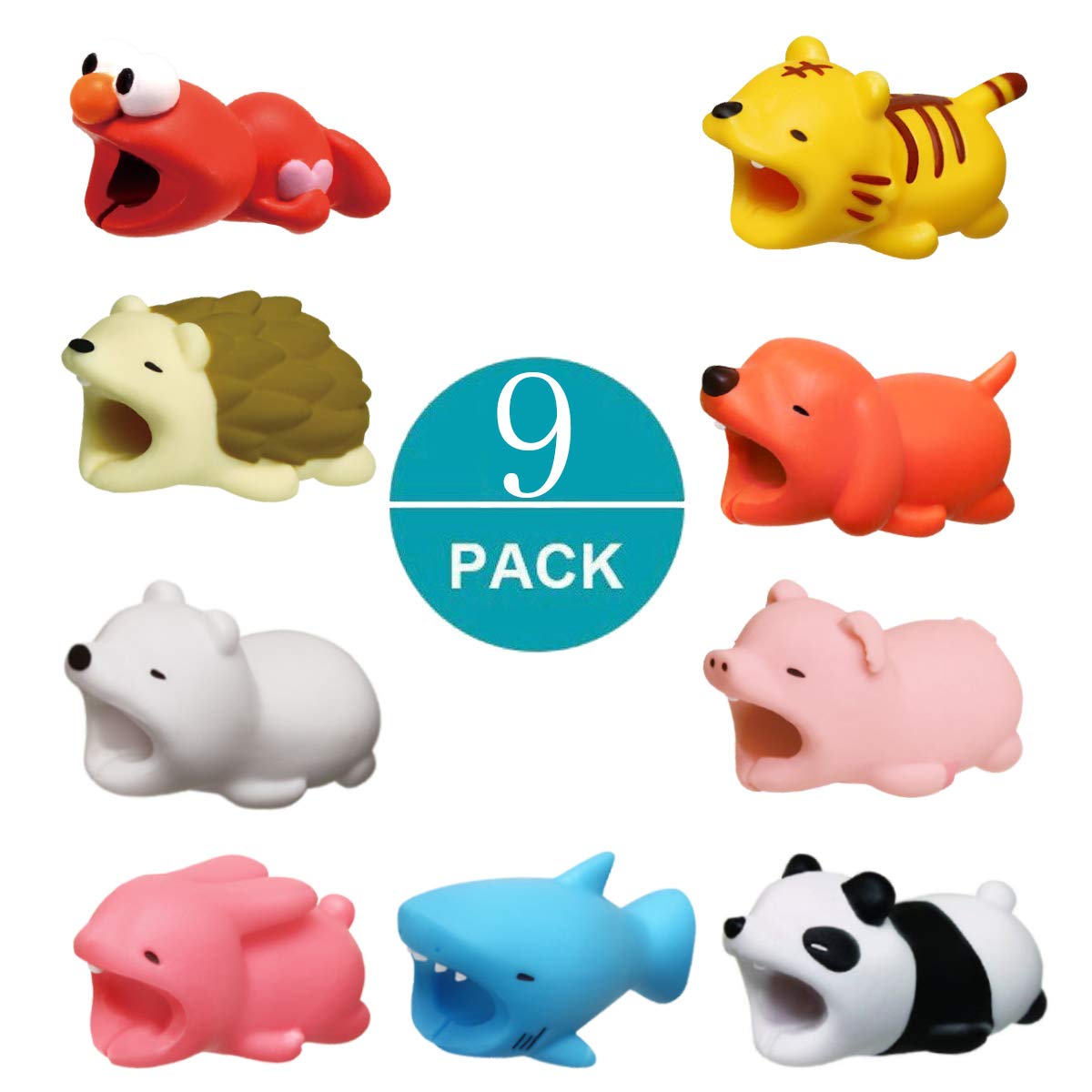 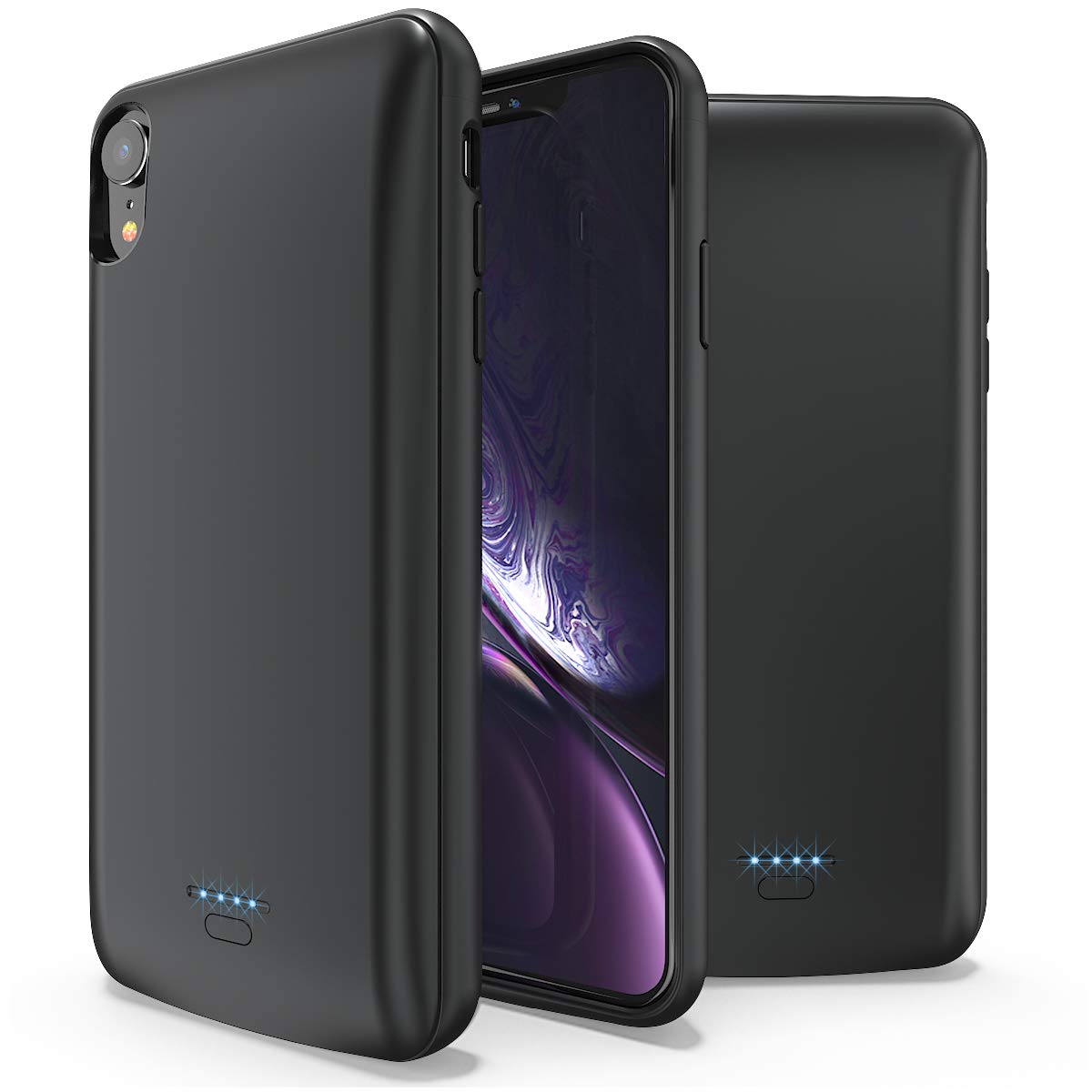 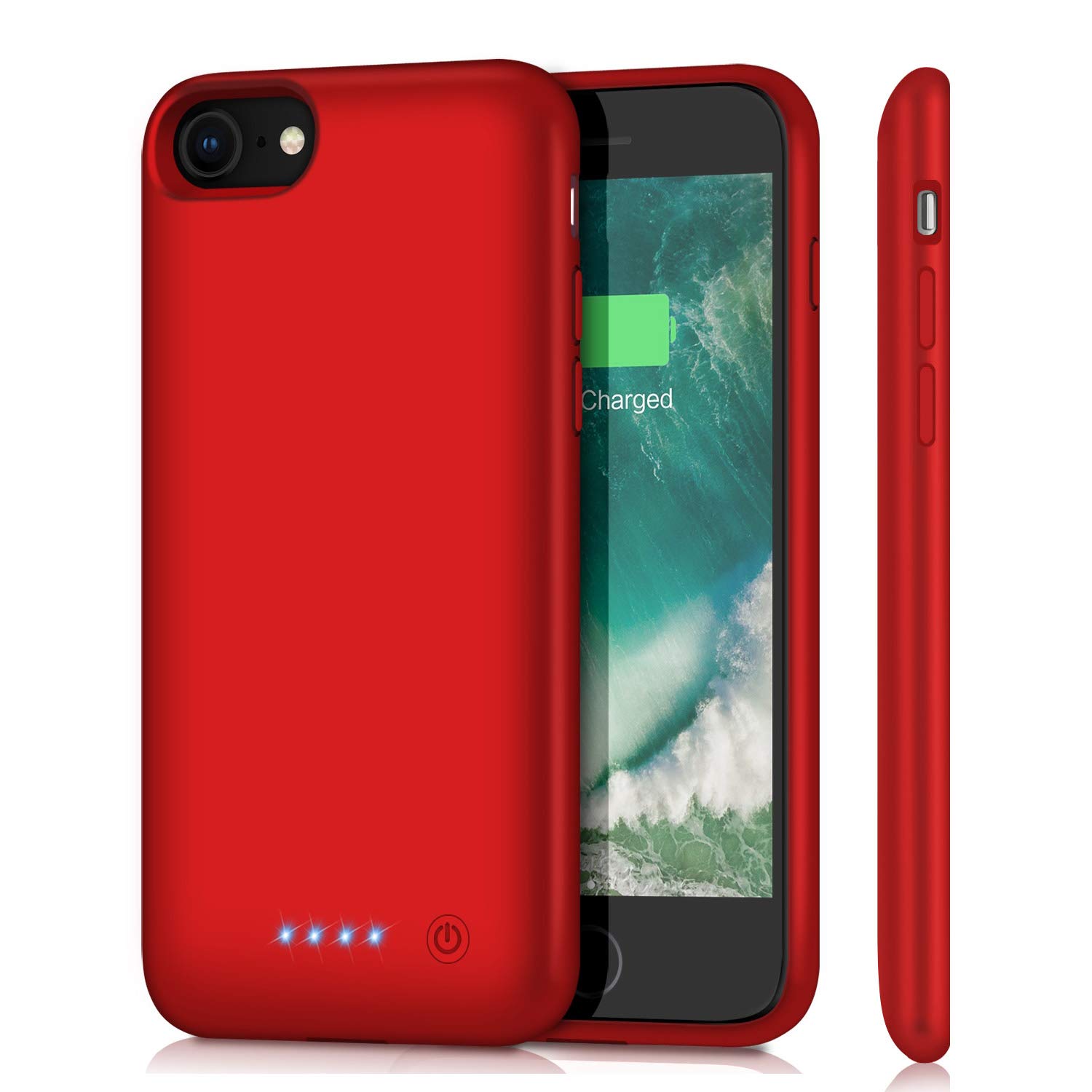 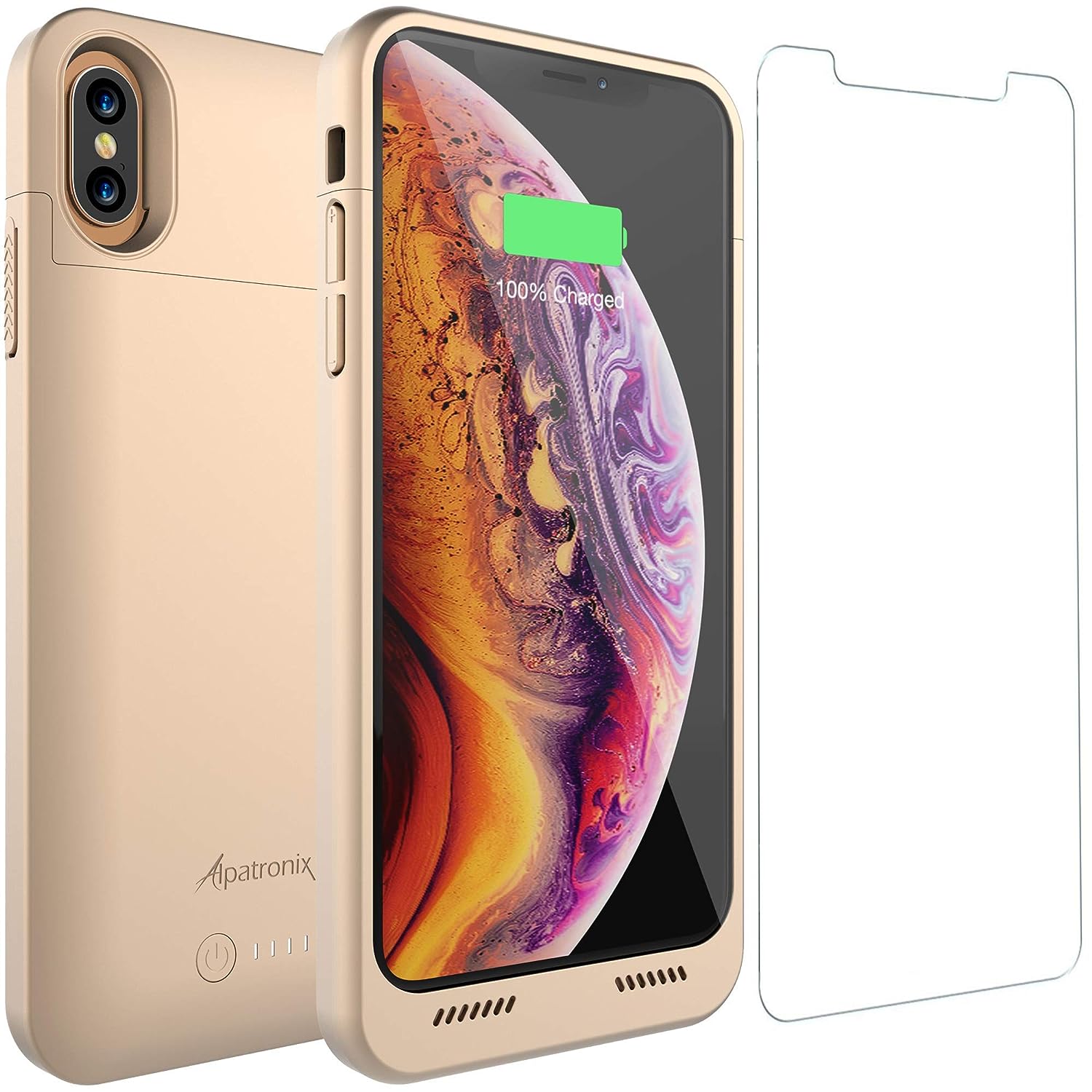 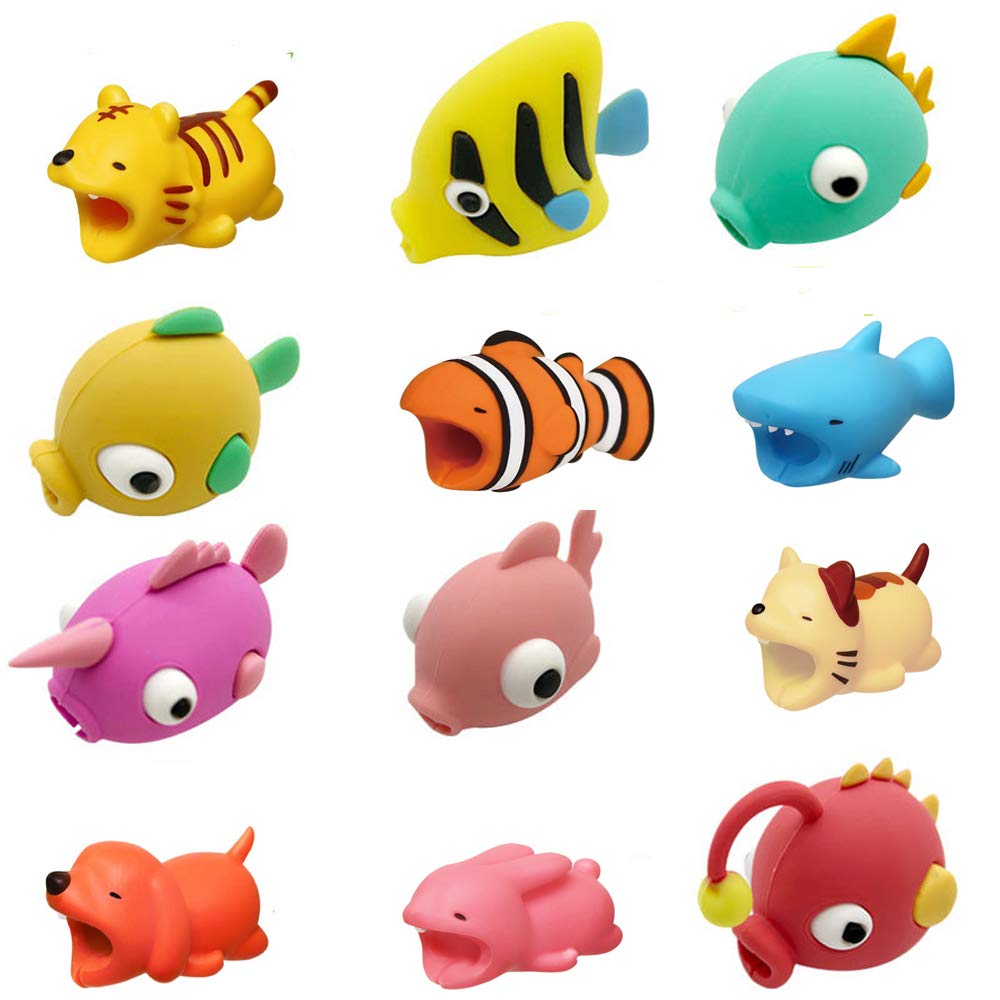 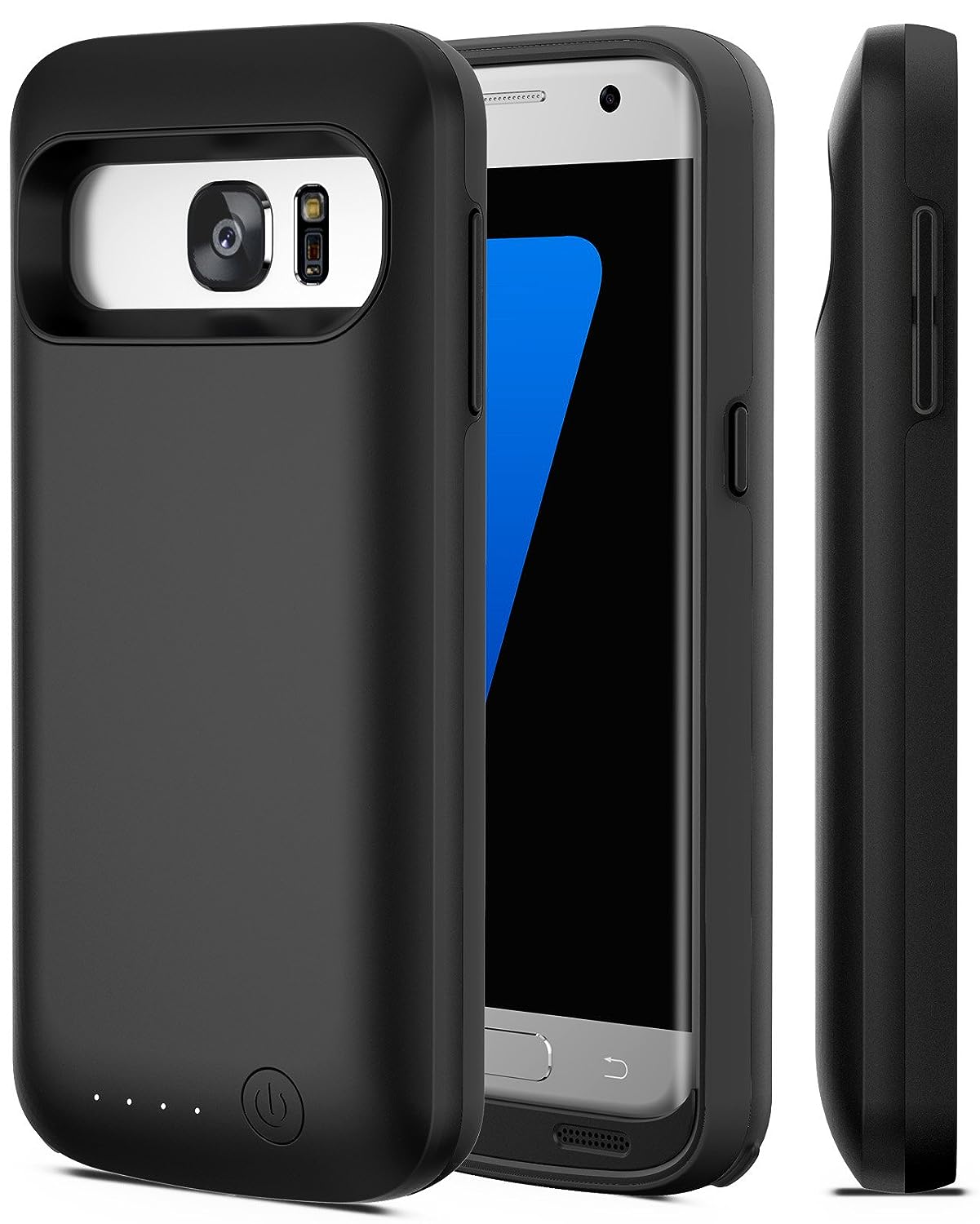